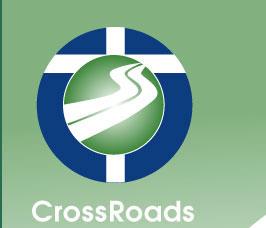 4 Ways to Recover From Life’s Disappointments

We all have dreams sometimes get crushed. Not getting a call-back interview for your dream job. The partner who didn’t propose. The cute girl who ghosted you. Someone bidding higher on the perfect house you spent six months searching for. Events like these have the power to send you into a negative emotional spiral that can last for days and weeks. If enough disappointments stack up, some people give up on their dreams entirely.

Why is disappointment such a powerful negative emotion that people would often rather sacrifice their hopes and desires than feel its sting?

The answer lies in the meaning that you give to disappointment. Below are four ways to reframe and redefine what disappointment really means.

If you globalize the disappointment in one situation to your entire life, then disappointment is going to cause a tremendous amount of pain. Globalizing sounds like this: If I don’t get what I want this time, it means I will never get what I want. Instead, remind yourself that just because it didn’t work out this time doesn’t mean the future won’t be different.

Another common way to make disappointment feel bigger than it deserves to be is to personalize the situation. Personalization sounds like this: If I don’t get what I want it means I am not good enough and don’t deserve it. When you overly personalize a disappointment, you make it about who you are as a person and do not take into account the many situational factors that had nothing to do with you.

3. Don’t label the disappointment as “bad.”

Many people automatically assume that if something they don’t want happens to them, it's a “bad” thing that will likely lead to an even worse outcome down the road. If you don’t get a job you sought, you may think no one will ever hire you and you will be stuck living with your parents forever. Thinking this way inevitably makes you feel terrible.

4. Learn from the disappointment.

Success is often built on failure. Some of the most successful people in the world weren’t successful until they encountered multiple disappointments and failures first.

·        Michael Jordan initially did not make his high school basketball team.
·        Steven Spielberg was rejected by the University of Southern California film school three times.
·        The Beatles were rejected by three different record companies before they were signed.

There are thousands more stories just like these.  Sometimes we aren’t yet ready for what we want, but the process of trying can help you get ready if you allow it to. If you don’t take disappointments as obstacles but rather as opportunities to learn, you empower yourself to grow.

For more information you can call Crossroads Counseling at 989-652-0764 or further explore our website.